August Wrench Night has been rescheduled for Sunday the 14th, from 6-9pm at the Annex (8th & Ankeny).

How does it work? Bring you and your bike, and we’ll show you the rest! If you need to fix something, or just want to expand your skills, we’ll show you how. You do the work!

This free of charge event is something we do purely for you, as a way to give back to our cycling community. 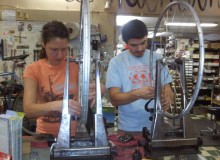 Wheels get rounder at Wrench Night.

Citybikes is getting a new Mural!

Huge thanks to Roger Peet, a muralist and member of Just Seeds Collective! He was awarded a $5,500 grant from the Regional Arts and Culture Council after working with Citybikes on a new design for the Annex. Citybikes is now in its 21st season as a bicycle cooperative in Portland and we thought it was time to begin reintroducing ourselves to the community as we continue to change, evolve, and grow as a cooperative. We’ll keep you posted as the mural progresses! 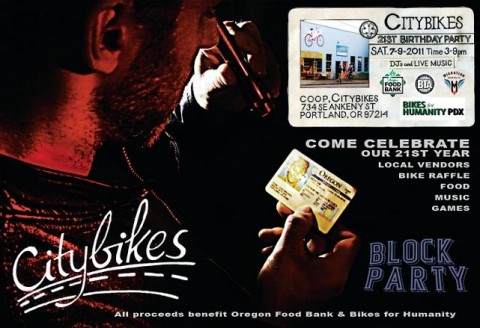